Studying hard and partying harder is the traditional modus operandi of 19-year-old uni students but Raghav Goel was more preoccupied with becoming a property developer.

In 2007, Goel started Hawthorn-based Oz Property Group while in the third year of his economics degree at Melbourne University.

The grandson of a New Delhi resort developer was determined to make his mark and now has six residential developments in the pipeline across inner-city Melbourne.

Goel, now 28, acknowledges developing townhouses while most other teens were out on the town was out of the ordinary.

“I was always interested in property, so a few friends of mine and I put the money in for a block of land, and here we are nine years later,” he says.

Oz Property Group’s first development in 2008 was two townhouses in Chadstone and, after years spent in greenfield development, Goel has come full circle to the medium-density townhouse and inner-city loft market.

The company is awaiting planning approval for some townhouse and loft developments in Collingwood and Richmond. There were opportunities in a market which wasn’t offering enough quality stock to inner-city owner-occupiers, he says.

“There’s been this huge focus on average quality housing and apartments pushed towards investors and we saw this great opening for owner-occupiers who want high-quality, boutique housing.”

Oz Property Group is focusing on lofts with Goel seeing the split-level properties as offering a “perfect balance” for those young buyers who can’t buy a townhouse but aren’t satisfied with an apartment.

“It’s a great market to be in because it’s full of young buyers who want to be close to the city and are really hungry for new options when it comes to high-quality living,” he says.

Oz Property Group — in partnership with developer Glenvill and DKO Architecture — are due to complete their HighWood townhouses in Ringwood late next year.

And there are plans for more medium-density townhouse developments in Balaclava, Dawndale and Berwick.

While Goel’s time has been taken up by inner-city development, he is also committed to making a mark in the hotel space.

“With the Australian dollar coming down, there is so much interest from Asian tourists in Melbourne as a holiday destination,” he said.

Goel says there’s a shift in demand from five star to four star. “Hotel businesses want a more flexible space that can cater to a large group of tourists so four-star accommodation is definitely somewhere we see growth.”

Goel has lived in Melbourne since 2005 and he and his wife are staying put. A new baby, born four months ago, has swayed their plans as much as Melbourne’s property market. “We’re definitely sticking with Melbourne and having lived here both as a family man and a student, creating great residential living is personal for me,” he says.

Read the original article on The Australian here. 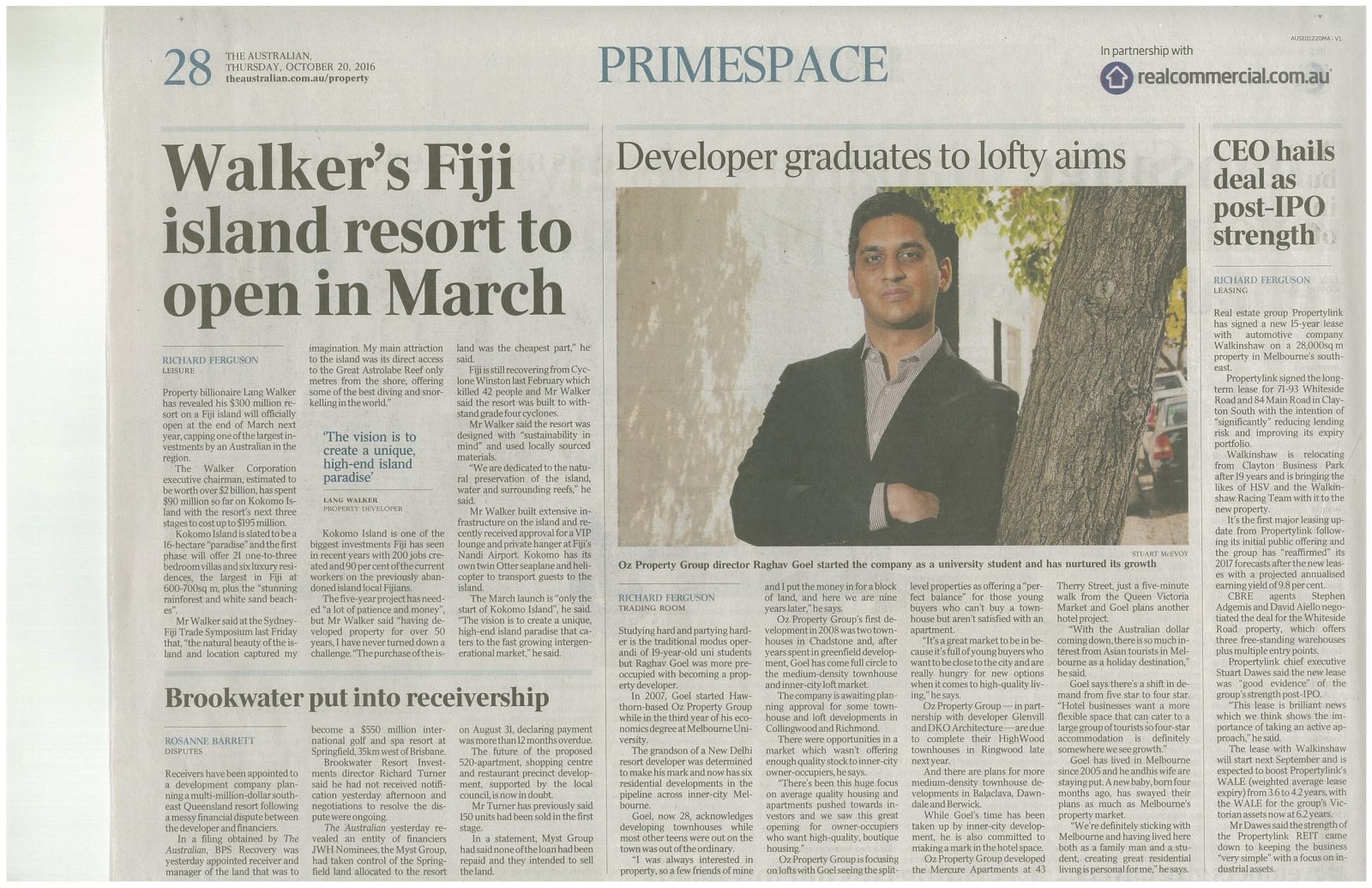