The potential future of townhouse development in the eastern suburbs is on show at a recently completed Donvale site. The architecturally designed properties worked within the council’s guidelines and height restrictions — and it could become a familiar sight in your streets. 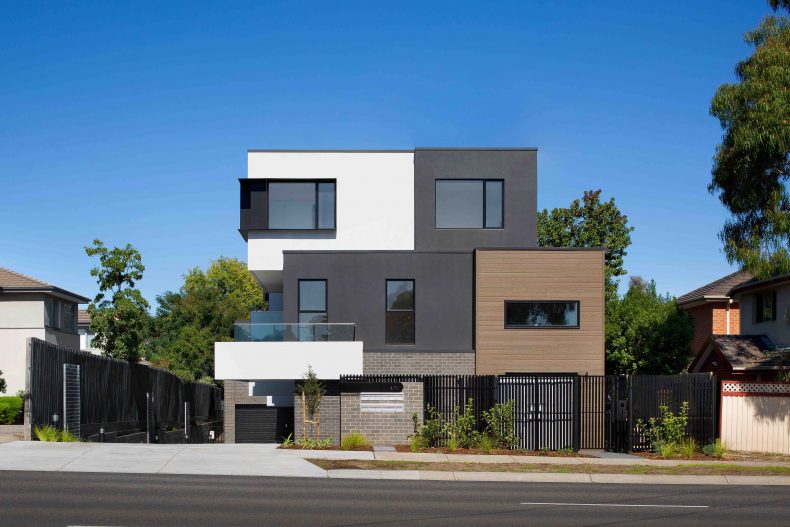 Could this Donvale townhouse development be the future of medium-density living in Manningham?

The Donvale Residences, at 132 Mitcham Rd, feature seven three-bedroom, two-bathroom and two-car townhouses, which are predominantly three stories, on one block 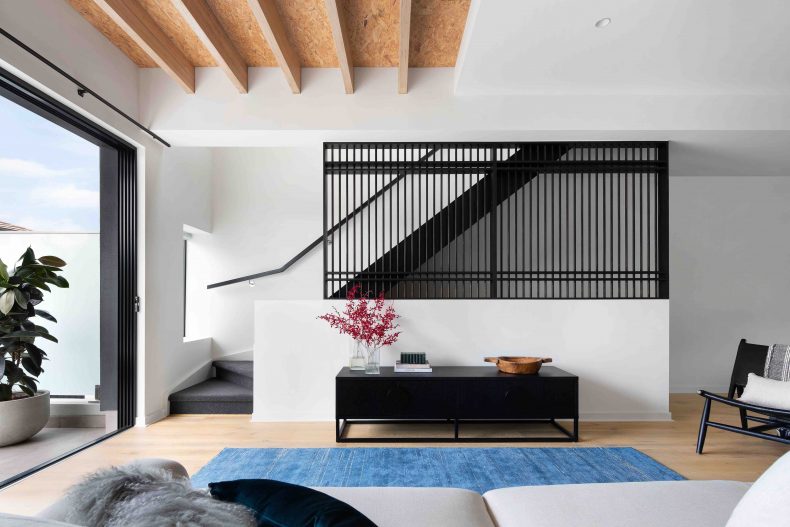 Most townhouses are three stories.

Among the many challenges faces by developers Oz Property Group and architects Cera Stribley was creating a new take on small footprint living, bringing considered design to a suburb rich with Australian architectural history.

The houses each have more than 110sq m in internal space on a 750sq m block, while being restricted by a 9m height limit.

“The main challenge was we wanted build something that is more common in the inner city,” he said.

“For Donvale it was a big consideration and the cultural shift of (how to use) a quarter acre block, to try to make higher density living more attractive.” 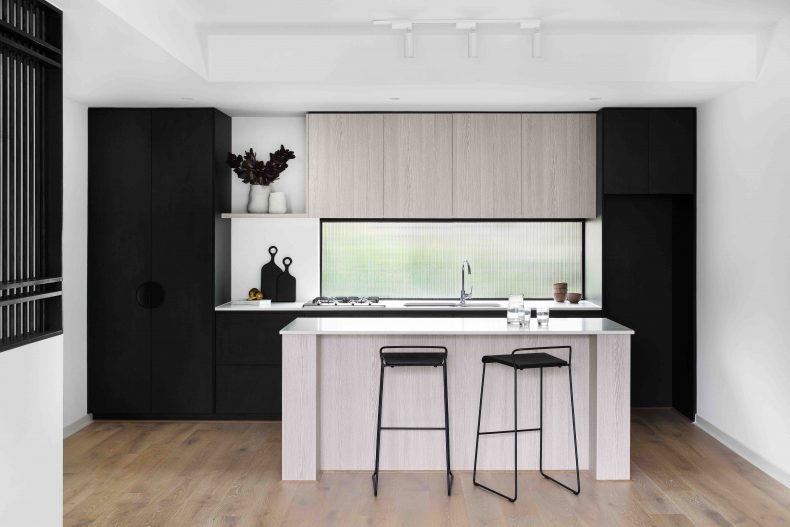 The homes were developed by Oz Property Group and designed by Cera Stribley.

Donvale is home to some fine examples of architect designed homes, mostly in a mid-century modern style, however they tend to be multimillion-dollar properties on large blocks of land, he said.

Having two car spots for each property, using a stacker system where one car is stored underground, was vital, Mr Williams said.

“Medium-density townhouses in a suburb that relies a lot on cars was a massive challenge for us,” he said.

“So it was a non-negotiable to design a way to have two car spots.”

While most of the properties were sold pre-construction, one remains on the market after work finished in late February for about $790,000 to $810,000.

Most of the properties have been sold to downsizers.